The new Bryston 2.5B3 “Cubed” power amplifier continues the evolution of the well-received line of power amplifiers from Bryston, Ltd., of Ontario, Canada. The 2.5B3 is the lowest power model in the current Bryston power amplifier lineup. If more power is needed, there are Cubed models with 200 WPC, 300 WPC, 600 WPC, and 1000 WPC. Improvements over the previous “Squared” models include less distortion in the input stage, and better power supply isolation for reduced noise from the outside world.

The 2.5B3, list price $3,695, was carefully chosen for this review for a few reasons. First, the main speakers in my current system are the excellent Emerald Physics 4.7, which have a sensitivity of 95 dB and play with 90 dB peak loudness levels with 5 Watts per channel. Second, many of us tend to support the idea that the lowest power amplifier in a manufacturer’s lineup sounds better than higher power models. This idea will not be validated here. Third, and related to the point above, the 2.5B3 has only one pair of output transistors per channel, reducing parts count, simplifying the circuit, and potentially offering the purest sound possible from the “Cubed” circuit topology. And fourth, I have been looking for a power amp for a while, one with excellent overall sound that approaches “10 LP” performance levels, high reliability, and relatively low weight to keep as an affordable reference. The Bryston’s 28 pound weight easily qualifies it to be in the low weight category for a Class AB amplifier. 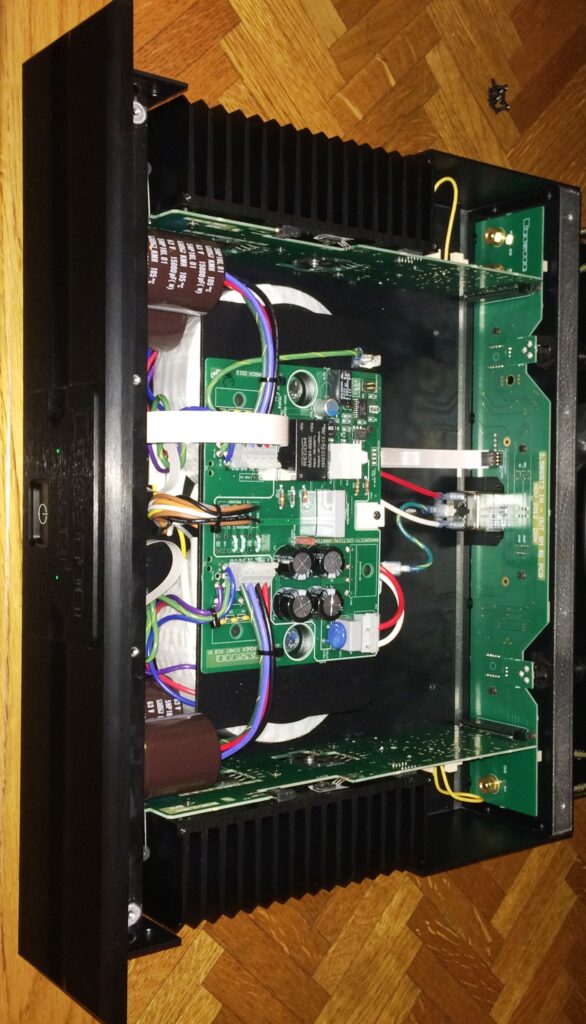 The 2.5B3 has some special features. Included are both balanced XLR and single-ended RCA inputs, a remote trigger connection on a small terminal strip, gain settings of either 23 or 29 dB to better match a wide variety of system requirements, and a bridge-mode switch to instantly convert this 2-channel amplifier into a 270 Watt “monoblock”. The amplifier is available with finely machined and artfully designed 17” or 19” wide front panels in black or silver.

The Bryston 2.5B3 sounds good right out of the box, fresh from the factory. The break-in is slow and continuous, seeming to reach the final sound after about 150 hours. The change during this interval is not dramatic, probably due to the 100 hours of burn-in that is performed at the Bryston factory prior to shipping. This long factory burn-in reduces early product failures and enables Bryston to continue to offer a 20 year warranty. As mentioned in the ZYX UNIverse Premium review, “100 hours of play at high volume might have similar effectiveness as 500 hours playing at a low volume”. So your break-in time will vary. In my system, the heat sinks become warm but are never uncomfortable to touch.

Included with the amplifier is a measurement sheet showing actual tested power and distortion measurements. This amplifier was measured at 162 Watts at clipping. At the rated power of 135 Watts per channel, the amp has an excellent signal-to-noise ratio of -109 dB from 22 Hz to 22k Hz. The high S/N of most modern amplifiers, even many vacuum tube amplifiers, means that the intrinsic sounds of the amplifiers is becoming less and less, offering a more neutral character. In the real world, with a pair of speakers with average sensitivity of 86 dB, 150 Watts will deliver peak sound pressure levels (SPLs) of about 103 dB in room. My 95 dB speakers will provide loudness peaks of 112 dB (rock concert) with this amount of power. But not when I’m in the room. 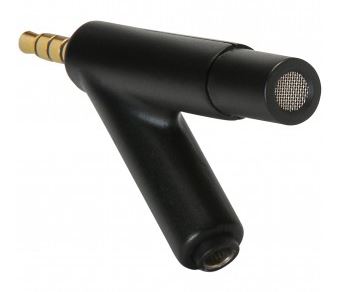 KNOW THIS: Sustained listening to SPLs above 85 dB has been shown to cause permanent hearing loss. There is a great iOS app from Studio Six Digital called “Mobile Tools” that includes RTA, FFT, and SPL analyzers. Also recommended is the free NIOSH app (National Institute for Occupational Safety and Health) – search NIOSH SPL. Add the inexpensive Dayton iMM-6 calibrated microphone and you’ll have a reliable audio measurement system. The microphone that is already in your device is probably close to ideal, so the accessory mic is not mandatory. Just add ~3 dB to what you see in the app to account for variations in readings. Of all the recommendations that have been offered here on 10 Audio since we started in 1997, suggesting to you that you listen at “safe” loudness levels is easily the most important and relevant advice. The best sounding audio component on the planet is worthless if you can’t hear it! Fortunately, music can be very satisfying when played with peak levels in the 85-90 dB range.

The Bryston 2.5B3 is one dynamic powerhouse. There is nothing shy, reserved or reticent in the way this amplifier delivers the initial impact of any instrument, whether full tilt explosive drum hits or tiny taps on a triangle. Soft or loud, big or small, the Bryston amplifier unfailingly delivers the full power range of a musical performance. This character adds excitement and involvement to all music. One of my first listening notes, written early in the break-in process, was “dynamic – audition will be fun”. And it was!

The 2.5B3 is also fast and articulate but without a sense of common solid-state dryness. Listen to “Foggy Mountain Breakdown” on the McNeely Levin Skinner Band LP After Midnight, Sheffield Lab TLP-30. The Bryston wonderfully delivers the furious pace of the banjo, allowing the listener to fully enjoy the player’s extraordinary performance. The localization of the guitar, violin, and bass is very pin-point specific on a wide and deep sound stage.

The Minstrel in the Gallery LP from Jethro Tull is a treat. “Cold Wind to Valhallah” is a favorite with a full tilt “balls to the wall” performance by Martin Barre on lead guitar backed by great drumming from Barriemore Barlow. When Ian Anderson injects his flute into the jam and you hear each instrument clearly and distinctly, with some boogie happening in the listening seat, you know this is a fine sounding amplifier.

The overall sound is similar to the class A Pass XA30.8. The Pass is somewhat warmer/richer sounding in the lower treble, which is probably expected from the class A operation. According to Bryston, in the Cubed amplifiers, the “quad-complementary output mimics the characteristics of a class-A design but with dramatically lower distortion”. The Bryston amp has more low bass power, although these two amplifiers have very similar bass quality and detail. The Rogue Stereo 100 amplifier, with a quad of KT120 tubes, beats both amplifiers in treble purity and extension, with an increase in “air” and a feeling I think of as  freedom – a sense of unlimited resolution, completely unrestricted sound. The very limited production Inspire single-ended amp, also with KT120 tubes, is the best amp present for consistently delivering that freedom in my listening room.

But put aside some of this wonderfulness for a moment. The 2.5B3 just laughed at the puny tube amp and delivered slam, dynamic impact and power that are only hinted at in the vacuum tube universe. The Bryston 2.5B3 amplifier quickly and easily dispatched the 75 pound $4,500 McIntosh MC152 amp, being far cleaner, more extended and pure sounding – from the lower midrange to the upper frequencies – than the more expensive amplifier. The superiority of the 2.5B3 over the MC152 was easily observed even when listening from the adjacent room.

An earlier “Squared” version of a Bryston amplifier was not on hand for direct comparison, and the reference system today is very different than the one employed for the earlier reviews. However, my impression is that the new Cubed series offers greater speed and signal tracking ability, more pure and open sounding upper frequencies, and possibly a deeper sound stage presentation than the previous version. If true, these improvements offer a worthwhile upgrade for “Squared” amplifier owners.

There are few amplifiers that offer a more even, composed, linear character than the 2.5B3. This amplifier is very enjoyable and entertaining to listen to for long periods. No particular trait draws the listener’s attention away from the overall performance due to some imbalance or distracting sonic flaw. The Bryston 2.5B3 Cubed is a fine amplifier that will survive many system upgrades.

Manufacturer’s Comment:
I would like to extend my thanks for a thorough and thoughtful review of the Bryston 2.5B3 amplifier on the 10 Audio website. I appreciate your choice of associated gear and demo material as well as your methodology is examining the sample we submitted for review. I believe that your conclusions are in line with what we set out to achieve when we engineered the Cubed Series of amplifiers—from the 2.5B to the 28B flagship monoblocks. There are many fine brands that inhabit the performance audio space, nearly all driven by the passion to reproduce music authentically. Bryston is proud to be a longstanding member of this community and honored to have been featured on 10 Audio.