The Fritzspeakers Carrera BE is a stand mounted 2-way speaker. The Scanspeak Revelator mid-woofer has a 7 inch diameter paper cone. The tweeter is made in the US by Transducer Labs and has a beryllium dome. Overall response is listed as 36 Hz to 40 kHz +/- 3 dB. Like other Fritzspeakers that have been reviewed here and here on 10 Audio, the extened bass power delivered into the listening room defies the physical size of the ported enclosure, which is 16H x 9W x 12D. Each Carrera BE weighs 30 pounds. The cost is $3,500 per pair in your choice of real wood finishes and include grilles which attach magnetically. 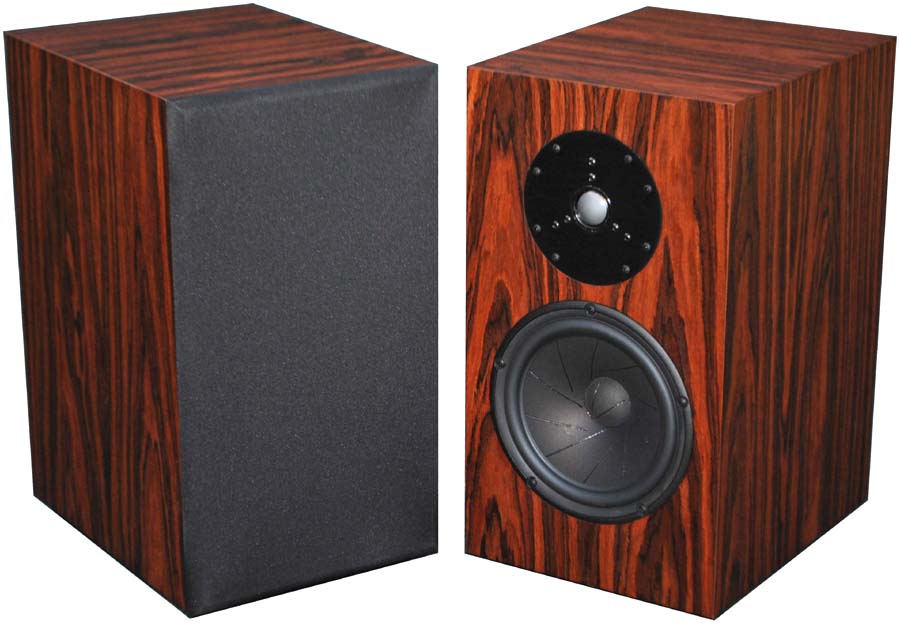 Depending on the size of your listening room and preferred volume levels, you might find that a high powered amplifier is not necessary. Even with the Carrera’s sensitivity of 87 dB, the Inspire amplifier, with KT150 power tubes and about 15 Watts, delivers peak sound pressure levels (SPLs) of 85 dB at the listening seat (C-weighted fast response). This loudness level is satisfactory for over 90% of my listening. More recently, a pair of Cary Audio CAD-805AE SET amps, with 211 tubes, was installed. This might very well be the best, most satisfying, most real sounding music that this writer has heard outside of a concert hall.

This review is a work in progress, but I wanted to post something quickly because this is a superior loudspeaker that you need to know about. Here is the summary of my almost 10 pages of listening notes:

The Carrera BE speaker delivers a human voice that sounds more like a real, living, breathing person than any other speaker I have heard. After hearing this clarity and truthfulness from your audio system in your listening room, there is no going back.

Application Note: Add a subwoofer. Set the sub’s low pass crossover to 55-60 Hz. And plug the rear ports on both Carreras.

This review will be completed as time permits. If you are thinking about a new 2-way speaker, at any price from any manufacturer, the Carrera BE should be included in your considerations. This review began with review loaner speakers, and is now a work in progress with reviewer owned speakers, which are the same pair. The Carrera BE speakers are stunning in their ability to communicate extraordinarily realistic performers.

This review would not have been possible without the very kind support of Fritzspeakers. Thank you, Fritz!