The Krell S-275 solid-state stereo power amplifier is one of the newest products from long-established Krell Industries. Krell gained recognition about 30 years ago for its pure Class A power amplifiers. At the time, the heavy weight and tremendous heat output of its Class A products went against the popular fashion of efficient solid-state circuits. Krell has been continually refining their amplifiers with innovative circuit topologies to offer the sonic benefits of Class A operation with less wasted heat. The S-275 is an attempt to offer a more eco-friendly amplifier with less heat and lower power consumption.

Class A operation solves the serious sonic problem of distortion as the music signal transitions from the positive output transistors to the negative output transistors. This transition is not smooth and the result is the harsh, distorted “solid-state sound”. Class A operation sets the bias on output transistors to conduct maximum current all the time, not only when needed as with Class B circuits. This full-time current wastes over 95% of the electricity as heat. The S-275 is a departure because it is a Class A/AB design that operates much more efficiently. Even with relatively loud music, the top of the enclosure gets only warm. 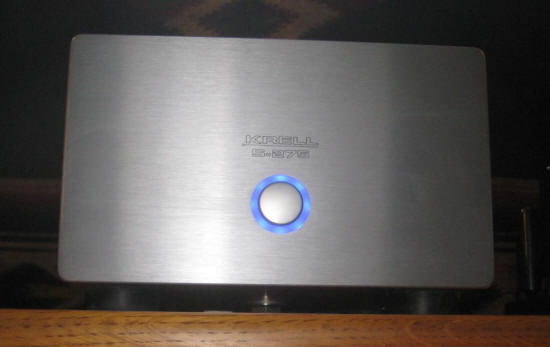 The S-275 is narrower than most amplifiers but very deep: 8.6 inches wide x 5.8 inches tall x 24 inches deep. Add in about 3 inches for rear electrical and audio connections, and the approximately 27 inch depth will require non-standard enclosures or racks. While the amplifier is described as being able “to fit in the same space normally occupied by one full size component”, this may be accurate based on the total shelf area required. The amplifier features a massive 1650 VA power supply, both XLR and RCA audio connectors, remote trigger options, switchable gain (0 or -6dB), and switchable mono operation. Used as a mono amplifier, the S-275 is rated at 550 Watts into 8 Ohms and 1100 Watts with a 4 Ohm speaker. The amplifier weights a manageable 49 pounds which is less than half the weight of a Class A Krell amplifier with comparable power output. The rear power connector is a 20A IEC, and the amplifier was auditioned with the supplied power cord exclusively.

The S-275 has powerful bass, although the lowest bass notes sound weaker than the mid- and upper-bass. The resolution, or ability to clearly hear bass strings or a bass drum head vibrating, is lacking. While slightly better in quality than most of the Class D digital amplifiers I have heard, the Krell’s sub-par low resolution in the bass range was a surprise. The quality of the bass is not what most of us would expect from a Krell amplifier. 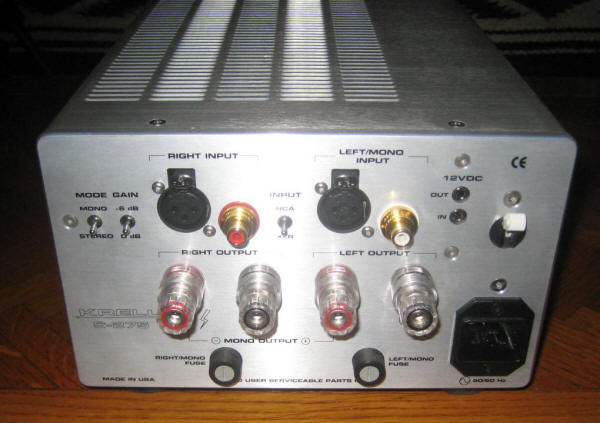 Voices in the midrange and lower treble sound dull and lacking in sparkle and air. The upper frequencies are less extended and clear than the tubed Manley Snappers amplifiers with their 6CA7 (EL34) output tubes. The mid- and upper treble also suffers from low resolution. Cymbals don’t ring or shimmer correctly and fade out far too quickly. Without conveying their complex metallic character, cymbals sound splashy instead of clear. This character in the upper frequencies is not good for the intelligibility of vocals, so using this amplifier in a home theater system is not recommended. The treble range is grain-free.

The Krell amp has good dynamic power. The leading edge of notes is well presented, especially in the upper bass. Treble dynamics are somewhat soft and muted. There is little feeling of 3-dimensional space and it is rarely possible to sense of the size of the recording venue. The soundstage is relatively flat and quite undifferentiated. The image clusters near the center between the speakers and the positions of singers are diffuse and hard to localize. On “Homeless” from Paul Simon’s Graceland LP, the normal arc of singers from Ladysmith Black Mombazo blends into a flat wall of sound without the ability to “see” individual singers standing shoulder to shoulder. Simon’s voice has very little character, although it is apparent that it is, in fact, Paul Simon who is singing.

The sound of the S-275 neither reaches out to touch your soul emotionally nor has enough substance to let you enter the performance. It is like a projection on a screen. At $5500, I suggest that while the amplifier is built to a high standard, the S-275 is overpriced for the level of performance it offers. The Cary SA-200.2 is much more musically involving and enjoyable for $1500 less. From my listening notes: “Auditioning the amp with LPs is a waste of needle wear. Switching to everlasting digital as a source”. Nothing is overdone and in each specific sonic criteria, all of the issues of character relate to omissions in the performance instead of the more objectionable “sins of commission”. The visual equivalent would be to reduce the color saturation, contrast, brightness and sharpness on your high-definition monitor. The Krell S-275 could probably be used successfully in a carefully matched system of complementary components.