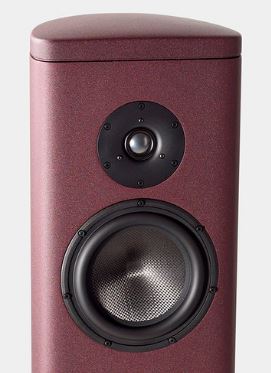 The floor standing, 2-way Magico S1 Mk II speakers are exceptional. Before we get into the specifics of this particular model, let’s take a minute or two and let me share with you why I am a fan of 2-way speakers. 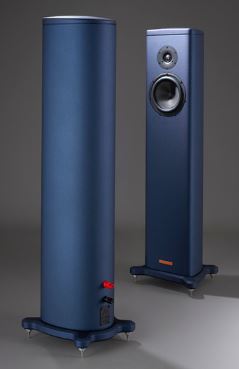 Crossovers. Almost every loudspeaker utilizing more than one driver has a crossover. These passive electronic devices split the incoming audio signal into frequency ranges which the various drivers – woofers, midranges, tweeters – can handle. Crossovers are not perfect audio “splitters”. They waste some of the power that your amplifier sends to the speaker, usually limiting dynamics, which is the instantaneous impact that gives music its definition and power. Crossovers also have some phase shift around the crossover point. This is distortion which manifests as an audible discontinuity between drivers and can significantly damage harmonics and sound staging.

The worst problem with crossovers is very often present in 3- or 4-way speakers: the crossover point where the woofer is handing off the audio signal to the midrange driver is right around middle-C, which is at 262 Hz. Check the spec of your big speakers. In a high performance, high resolution audio system, any problems in this critical area of the midrange will result in degraded audio reproduction. The sound of male and some female vocals, acoustic instruments, and many other sound sources will be affected. The effect can be very minor, but always sounds wrong and broken.

A 2-way speaker, either stand mounted or floor standing, has a distinct advantage over and above a more complex, 3- or 4-way loudspeaker, because it does not have any crossover in the critical midrange. The single woofer/midrange driver is allowed to reproduce all frequencies below the point that the music signal crosses over to the tweeter. This is usually in the 1,000-3,000 Hz range, but the exact value is not important for this discussion. What is important is that the woofer/midrange driver handles all frequencies below the tweeter, unaffected by a crossover. Bass and midrange are presented by one driver, instead of two. As long as the mid-woofer is up to the task of producing some bass while maintaining a transparent midrange, all is good.

There are many ways that speaker designers have tried to eliminate the negative effects of crossovers. Tweaking the schematic is one way, and using better parts including improved inductors, capacitors and resistors is often cited in manufacturers’ marketing materials. But it is an accepted idea that the best crossover is no crossover, and this is especially true in the midrange. The Magico Web site, link below, has great deal of information about the complex enclosure design, advanced crossover technology – which Magico implements at the cutting edge of the art, and Magico’s proprietary drivers. Which brings us to the speakers under review. 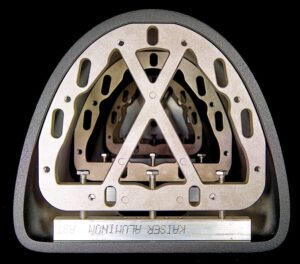 The Magico S1 Mk II speakers are available in two finishes: the lightly textured M-Cast finish in various colors for $18,000 per pair, and the stunning, glossy M-Coat finish for $22,325. The pair which have been delivering great sounding music in my room for over a year are black M-Cast. They have metal, magnetically attached grilles which are better removed for optimal sound. The slim profile speakers have a tough, visually perfect finish on their extruded aluminum enclosures. There is one pair of Magico’s proprietary binding posts on the lower rear of the speakers. I found it possible to unbox and move the 120-pound speakers into position without assistance, although having someone to help with this is recommended in the owner’s manual. 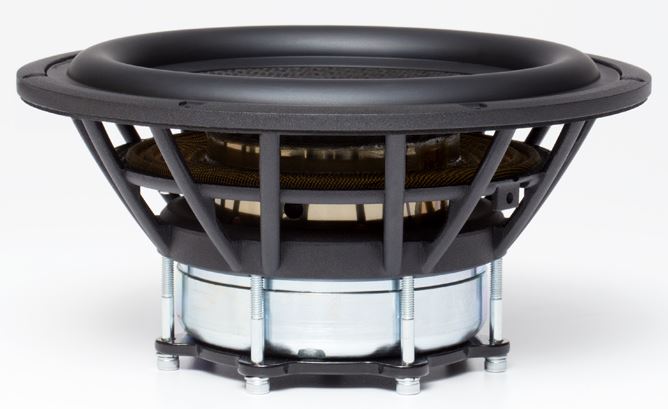 So how do these bad boys sound? Bad! Which of course really means “good”. Go figure! Seriously good, in fact. The Magico diamond coated beryllium tweeter sounds faster and also smoother than the excellent beryllium dome tweeter in the Focal Sopra 1s, with slightly better low-level resolution. The extension and resolution of the tweeter is at least competitive with Heil AMT, electrostatic, and ribbon tweeters. The integration of the 7-inch mid-bass driver, which incorporates multi-wall carbon nanotube and Nanographene, with the tweeter is near perfect. Over many hundreds of hours of listening, the transition between the two drivers has only rarely and barely been perceptible, and then only as a result of focused listening. Listening to the sound instead of to the music. This analytical listening never lasted for long because the speakers make such captivating music; fault-finding forgotten. 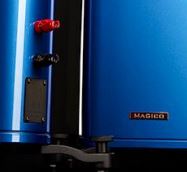 The Magico speakers deliver a huge sound stage. This was expected due to the narrow front face of the speakers, along with rounded edges and the tapered, rounded enclosure. The crossover, with cutting-edge technology and very high performance, does it’s job extremely well. The left-to-right image regularly extends beyond the physical location of the speakers. The perception of stage depth is at least as good as was ever heard in this listening room. The height of the image seems to get taller as one looks up towards the ceiling. The projection of the image out into the listening room, between the speakers and the listening position, is incredibly well developed and, frankly, can be a little spooky!

There is currently a revival in my listening room of music by the band Sea Level. This phenomenal group evolved after the break up of the Allman Brothers Band. Sea Level builds upon the distinctly original rhythms that made the Allman Brothers Band so interesting, and trades a bit of hot lead electric guitar (You are missed, Greg!) for a different mix. Sea Level made 7 albums in the 5 years they were together. Every album showcases their outstanding musicianship and creativity as song writers. The Magicos deliver this music with extraordinary resolution, of one voice, across the entire audio frequency range. Cuts such as “Fifty-four” and “Living in a Dream” on the 1978 LP On the Edge, Capricorn Records CPN0212, sound breathtaking via the grace and dynamic envelope of the S1 Mk II speakers.

Listen to “I’ve Got an Angel” on the Eurythmics’ Sweet Dreams CD. The opening drums have stunning impact while the drums expand to nearly life-size on the virtual sound stage. The band members’ individual contributions are clearly rendered. Whether played at possibly harmful sound pressure levels (SPLs) above 85 dB or at a more comfortable 70-80 dB SPL, these speakers have the finesse and hugely dynamic ability to make any genre of music entirely enjoyable. 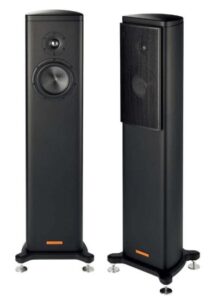 The S1 Mk II speakers will probably meet their published frequency range spec of 32 Hz to 50 kHz. These speakers have truly excellent bass capability. While my hearing is less of the “dog and bat” variety and so is more limited in the high frequencies, I do appreciate deep, impactful bass that can send good vibrations throughout the room when the music commands. The 7” drivers can reach the low bass with excellent resolution and superb quality, but more powerful bass below about 40 Hz requires that woofers also move a lot of air. This is the reason why bass systems tend to be larger – 8”, 10”, 12” or larger drivers, or multiples of these sizes.

As noted above, the S1 Mk II speakers were usually used with JL Audio e110 subs, just to add a little low bass power. The subs are set at about 40 Hz and the level control is at about 9 o’clock, a minimal setting. The subs are placed close behind the Magicos and offset a few inches toward the center. The curved shape of the Magicos make this positioning ideal. These settings just augment the bass of the towers, enhancing the power of the Magico’s 7” woofers. Even when playing music at above normal levels in my 17 x 12 ft room, the JL Audio woofer cones are not moving very much. I am sure the entire system could easily play a lot louder than would be tolerable for long. On the other hand…

The S1 Mk II would be the ideal speaker to have in an apartment or other architecture that puts you in close proximity to neighbors who fail to appreciate your music. You get high-quality deep bass sounds and mostly spare the neighbors the vibrating walls and shaking chandeliers.

The 20 Watt – at 4 Ohms – Valvet SE amplifier was not a great match for the Magico speakers. As the volume increased to “just loud enough”, the sound became compressed. The Benchmark AHB2 amplifier, with Audio Horizons fuses, is able to deliver 190 Watts per channel, again at 4 Ohms, with outstanding results. The unique character of each of the amplifiers and other components listed above was quickly revealed with the help of the S1 Mk IIs.

I often move a review along, going from the audition and note-taking step to writing the actual review in a few months. The Magico speakers have been the primary speakers for over a year and have proved to be an excellent tool to understand the particular characteristics of whatever component was being evaluated upstream. In fact, most of the long-term upstream components including turntables, tonearms, phono stage, DAC, preamp and amplifier have all changed in the last year or so, mostly to get the best from the S1 Mk II. The truly excellent Magico S1 Mk II speakers have continued to be completely enjoyable music makers. But as with other gear, they are destined to be welcomed into a new home one day. That day is heavily dependent on me finally making up my mind which of the beautiful Magico S1 M-Coat colors is preferred. Happy listening!

This review would not have been possible without the very kind support of Peter Mackay and Dave Shackleton at Magico. Thank you!