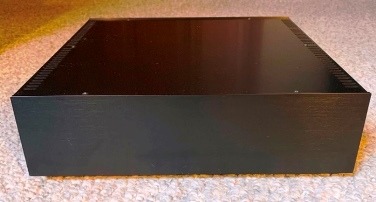 The Mivera 1200AS2 stereo power amplifier is a limited production offering. The amplifier uses the IcePower 1200AS2 dual-channel module with the IceEdge chipset. The $1000 Mivera amplifier was chosen for this review because, as you can see in the image below, the IcePower module is the sole occupant of the normal-size enclosure aside from connectors and wiring. Now we can hear the sound of the IcePower module itdelf, unaccompanied by added input electronics as we see in amplifiers from Wyred 4 Sound and PS Audio. This unit was factory assembled. 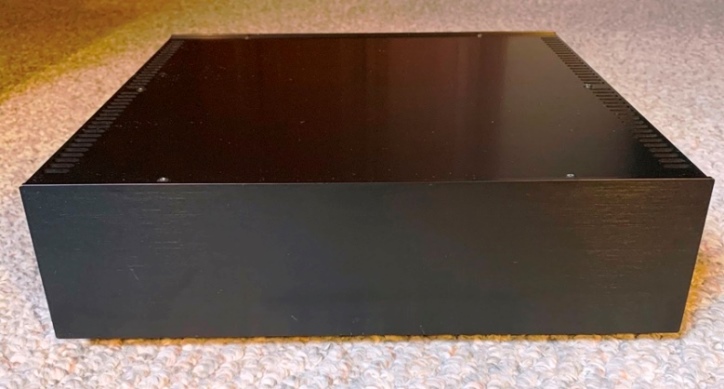 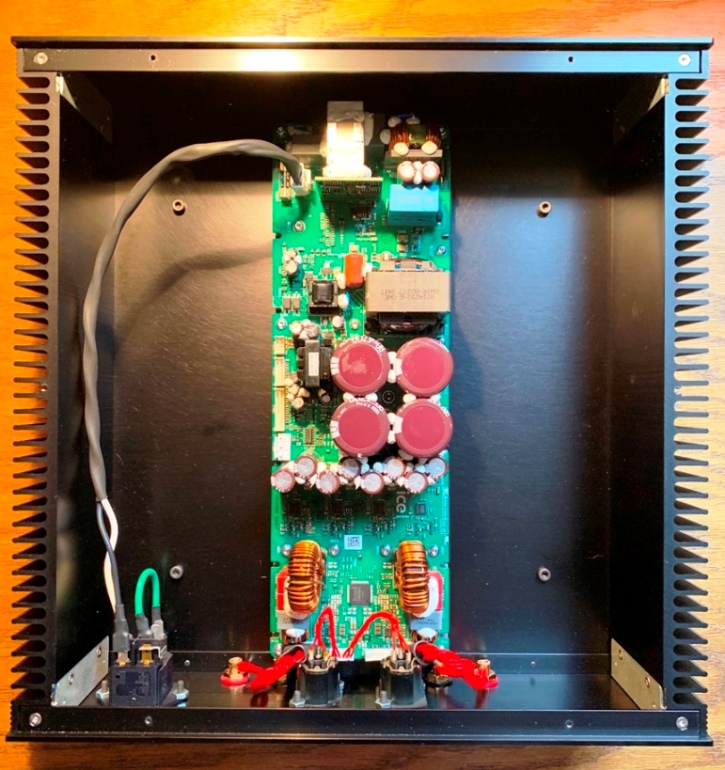 The bass range is powerful and extends into the lowest bass with authority. The quality of the bass suffers from somewhat loose and a “rolling thunder” quality, with limited impact due to a blunted leading-edge to delineate the beginnings of each sound. There is some impression of bass strings vibrating, although a cello sounds similar to an electric bass guitar indicating that resolution is less than required. The midrange is rich and correct, delivering believable vocals with excellent resolution and warmth. The mid-upper treble range can be a bit splashy and cymbals can occasionally sound more like white noise than ringing metal. With a rated power output of 800 Watts per channel into 8 Ohms and 1200 Watts into 4 Ohms, we would expect dynamic power to be plentiful. The Mivera amp does not disappoint for macro-dynamics. As with other IcePower amplifiers, the Mivera amp delivers huge dynamic impact with no discernable limiting or compression, all while keeping complex music clear and distinct. Jana Kramer’s “I Got the Boy” from her Thirty-One CD is a pretty hot recording, using noticeable compression as most popular music recordings do. Her voice has some glare and added edge that other amplifiers make even more apparent. This sweetening of the treble is common in the IcePower amps and softens treble distortions without becoming obviously dull or overly rolled off. However, this greatly affects the sense of openness and air, which indicates that the best use of this amp is in a bright or forward sounding system which could use some taming down of the treble. Try “Days of Gold” from the Jake Owens CD of the same name, played loud. This cut has a rockin’ beat, and Owens doesn’t just sing, but uses his voice as a musical instrument. Even though the song is recorded quite well, there is obvious compression of the powerful dynamics. The Mivera amp keeps the various instruments accessible and distinct without turning the whole into loud mush. I included notes about these two recordings as they showcase specific character traits of the amplifier, but other recordings do the same.

This review has focused more on the negative aspects of the sound of the amplifier, and for a good reason. You purchase an audio component for what it does right, but replace it for what it does wrong. This amp has specific character traits that make it a deliberate choice to add to a system. Both the W4S and PS Audio amps have similar characters, but are more neutral and correct in their wideband presentation. It seems those two manufacturers wisely add their proprietary input modules for better sound. The Mivera amplifier runs barely above ambient temperature and is light in weight that it can be carried with one hand. The inputs are XLR only. There were no reliability issues during the review period. Overall, the asking price is appropriate given the level of performance offered here. There is nothing added to the musical signal by the amp; just some noticeable – and possibly critical to you – omissions. Overall Rating: 8 LPs
Posted in ReviewsTagged power amplifiers, reviews