By way of introducing Cullen Circuits, please let me share a quote from their Web site:
“Rick Cullen has been building high-end home AV products for over 35 years, first as the production manager of PS Audio and later as the head of Cullen Circuits.

“Founded in 1990, Cullen Circuits has been the primary builder and design consultant of all PS Audio products as well as many other well known high-end companies from James Bongiorno’s Ampzilla, Arnie Nudell’s Infinity and Genesis Technologies, BGW, Camelot, CAT and many more.”

I share this with you as a short form of a resume that shows Mr. Cullen is eminently qualified to modify, and hopefully improve, the components he had previously designed. A stock PS Audio Digital Link III has not been auditioned prior to this review. I won’t tease you and provide an excuse to skip to the end of the review to read the results: The Cullen-modified DLIII is a great sounding digital-to-analog-converter. This determination required just a short comparison which was performed after the DLIII was run in with a continuous CD player signal for 300 hours. A complete, ready to play modified DLIII sells for $1740. 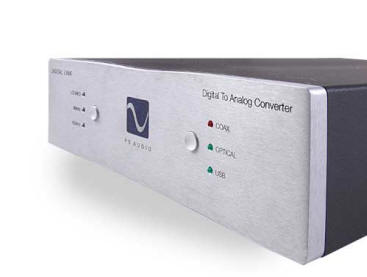 For detailed information about the modifications, please see the Cullen Circuits Web site (link below). It is worth noting is that besides simply replacing some parts with better sounding parts, Cullen also installs a new low-jitter master clock circuit board that bypasses the stock clock. As we know, the precise timing of the digital signal is critical to the overall performance of any D/A converter.

For your $1740, you receive a component that enables standard Red Book compact discs to approach the level of sound quality we hear from good analog LP playback. Not only approach, but sit at the same table and have a friendly conversation! The three factors of unforced clarity, resolution of low level detail, and evenness of presentation across the audible frequency range are on par with some of the better analog systems with which I have become familiar. It bests many more modest LP playback systems in the latter quality of not having a particular strength in any narrow frequency range; likewise, there are no frequency related weaknesses, either. Nice!

I enjoyed listening to the Benchmark DAC-1 with Parts Connexion modifications quite a lot, but analog was preferable due to increased clarity in the upper midrange and treble. It is as if there is a slight fog – a dirty window – that doesn’t obscure any information, but adds a slight extra bubble of sound around every note. Some over-rich tube amps can add a similar coloration, like that “golden glow” some of us pay dearly to have in our homes. The Benchmark’s glow, however, is not quite that creamy smooth. But folks, it is CD, so expecting perfection is just being unreasonable, right? I suggest it it time to begin moving away from that old idea. The Cullen Stage 4 DLIII allows the CD medium to be far less of a compromise.

That slight fog is gone with the DLIII. Good LP playback maintains its traditional edge in low level resolution and air, though. The big disks have a level of fine resolution that CDs still don’t equal. But this is really comparing apples and oranges. The Cullen Stage 4 DLIII makes music in a very convincing way. The analog-like clarity continues from the midrange to the high treble. I am continually surprised at the amount of information I hear from oft-played CDs. Bells, soprano voices, flutes, cymbals, and any instrument with significant information in the upper frequencies have a smoothness and clarity that makes me wonder why CDs have been so reviled over the years. They sound good! This DAC does an excellent job of keeping massed choruses from becoming an undefined wall of sound. The definition of the various instruments on a large sound stage is good to excellent by any standard. 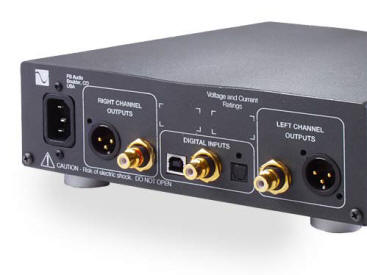 The DLIII was auditioned most often using the balanced outputs. There is a small advantage to the balanced connection, one which I have been aware of with all components that offer the ability to compare both the RCA and XLR options. Using balanced connections is like having an old-style top hat. Tap the brim on your forearm and the crown pops out. A similar thing usually happens when balanced connections are employed. Everything becomes noticeably more 3 dimensional. This may be an effect of the reduction in noise that is a benefit of properly implemented balanced circuits. Whatever the root cause, I prefer them to using RCAs. (XLRs are also hot-pluggable, which makes my job easier.) However, the performance of the DLIII was also very acceptable with unbalanced RCA-terminated cables.

I have all of my system’s low power components – preamp, CD player/transport, and tuner – plugged into a tweaked switched power strip so I can shut down the whole system with just a few switches. The DLIII remains connected to a live AC circuit at all times. A very cool feature of the DLIII can be seen when the CD transport is turned off. The input LEDs on the DLIII cycle through the three inputs three times. I almost imagine it saying to itself, “Self, where did the input signal go? Coax? No. Optical? No. USB? No. Well then, it’s nap time!” The DLIII silently goes to sleep until an input signal returns. Then the DLIII wakes up, lights up, and instantly locks on to the transport. Pretty cool, and also a nice way to keep extra LEDs off when the system is not in use.

I used two CD players: a Tascam CDRW900 Professional CD player/recorder and a Marantz CDR632 CD player/recorder. Do we see a pattern here? I feel that using a CD recorder as a transport offers some advantages because a CD recorder must be a more precise device to assure a clean “burn” of a blank CD. Lower jitter and fewer data errors are likely benefits, although I do not have a “bit comparator” to test this theory. No matter. I am very happy living in my den of misinformation, if that applies. Both recorders cost around $500-600. Very interestingly, the Tascam and Marantz are, except for their front panels, identical! There is not any business relationship between Tascam and Marantz that I have been able to uncover, but the circuit boards, TEAC CDRW drives (standard IDE – if that gives you any ideas) and rear panel I/O are the same. The two units sound the same, too. Due to their lightweight construction, there was an audible benefit to placing two 3 pound lead SCUBA weights on top of either unit. I connected the transports to the DLIII using Mogami 2964 or PS Audio Digital Reference digital cables.

It is easy to like the clear musical presentation because it is totally devoid of any sense of grain or “bits”. This clarity offers a sound that is not at all fatiguing, allowing long listening sessions without feeling “rode hard and put away wet”. The DLIII is superior to the Benchmark in this important character that makes living with the sound of CD, day after day, not just a necessity to be able to hear some particular music on a CD, but a genuine pleasure. Along with this, and remember that I am a devoted analog fan, is a regular feeling that the ease of use with CD is a nice feature that adds to the enjoyment of this convenient medium, not just an enticement to suffer through the lower quality sound. The trade-off is minimal. Please pass the remote.

Often, we choose a component on the simple basis that it sounds better than another one. Hopefully, the criteria for “better” is more emotional involvement with the musical performance, notwithstanding the particulars of better bass, a warmer midrange, more extended or crystalline highs, or a comparatively deeper stage. With this in mind, I would rather listen to music with the even handed musical performance of the DLIII than suffer through the various particular strengths, and attendant weaknesses, of many phonograph cartridges previously reviewed on 10 Audio. This is similar to the differences between tube and solid state amplifiers. The really good ones of either technology are not necessarily better than the other technology although differences are apparent. The PS Audio Digital Link III with Cullen Circuits Stage 4 modification allows the sound from CDs to be more enjoyable than I have ever experienced. Well done, Rick!