There are two kinds of listeners. Only two. There are the “eye-closers” who become lost in the music, losing track of time and where they are. They put on a record or CD and soon are immersed in a world of sensation. Astral traveling? Asleep? Hypnotized? At the end of the music, the return to reality can be jarring.

“Toe-tappers” want to rock. They tap their feet, nod their heads, drum their fingers, and even get up and dance. They get physical with the music. The main difference between “ECs” and “TTs” is where the fun happens: internally for the former, and externally for the latter.

You are either an EC or a TT. You can not be both…at the same time. Of course, for one type of music, you can get up and get wild, jam and party and swing, while other music can sweep you away to that special place that seems to be outside of this temporal reality.

Underwood HiFi markets several different products, in both stock and modified form. The modifications on the PS Audio products, including the GCPH phono preamplifier reviewed here on 10 Audio, are performed by Parts Connexion’s Chris Johnson, former head of Sonic Frontiers. Chris is no FBN (fly by night) modder-wannabe. He knows circuits and he knows sound. Underwood HiFi is the exclusive distributor for these modifications. The PS Audio GCC-250 Control Amplifier is an integrated amplifier based on B&O’s ICEpower technology which is used by a growing number of companies for both home and commercial applications. 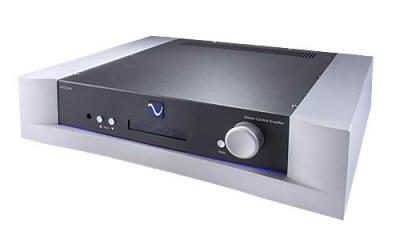 In the GCC-250, a “Gain Cell” module manages the front end (input) and offers volume and balance control. Besides the input switching and adjustable volume, the amplifier-only GCA products are identical to the GCC integrateds. The very efficient ICEpower amplifier modules run very cool, and actually are cooler when making music than when idling. For this review, I compare a stock GCC-500 (500 watts per channel vs. 250 WPC in the GCC-250) to the Underwood HiFi modified PS Audio GCC-250.

The review system is not really fair to these amps. They were auditioned in a system in which they should have been outclassed, and compared to much more expensive amplifiers. The system included the $7450 Zyx UNIverse (review in progress) and $3900 van den Hul Condor Gold phono cartridges, $5500 Conrad Johnson Premier 15 Series 2 phono stage, $8000 Kuzma Stabi Reference turntable with a $3815 Origin Live Conqueror tonearm, $7000 Cary 500MB mono solid-state amplifiers, and $7995 Response Audio Bella EXtreme mono tube amplifiers (review in progress). At $4495 for the stock GCC-500 and $4590 for the Underwood HiFi GCC-250, these core components were among the least costly in the system.

Side note: A Cary CAD-808R “Rocket 88” power amplifier also had a brief visit – 3 weeks. The Rocket 88 is a wonderful amplifier. I bought it unheard, and was surprised and thoroughly delighted at how truly excellent it sounds. If 30 watts (in triode) will meet your amplification needs, this little amplifier should visit your system, too. In the context of a full review, I have little doubt that it would deserve a rating of 10 LPs.

Let’s talk first about the common characteristics of the two integrated amplifiers and then we will see what the Underwood HiFi modification contributes. Both amplifiers offer rock-solid timing and pace no matter what kind of music is playing. Solo instruments or vocals, electronic studio modern, or large scale orchestral – it just doesn’t matter. These amps always keep complex music clear and distinct. Other amplifiers and preamps can get confused when dealing with a lot of information. Not these. Some call it “PRAT” for pace, rhythm, and timing. These amps have it!

Now add in a sense of unlimited dynamic ability, and you have a basis for a fine product. Of course, the GCC-500, with double the power, is just a bit better in this area, especially when listing to analog, and especially when using the amazingly dynamic vdH Condor phono cartridge. The lower power GCC-250 never seemed to lack power, but the GCC-500 had just a very small bit more of a sense of ease during those uncompressed musical peaks. If you have large speakers and/or a large room, you may find the difference in this area to be more significant than I did and opt for the 500 watt version.

The bass is truly excellent. It is authoritative, controlled, fast, and powerful. It is easy to hear the initial impulse in addition to a long lasting and natural fade. While sounding different from the other two amplifiers – which sounded different from each other – the bass of the GCC drew no complaints or criticisms.

It was hard to find a recording that sounded rough or coarse. Like good tube amplifiers, there is a pervasive smoothness and associated absence of any feeling of bright or etched sound. Bad recordings can sound bad, but the amps don’t in any way exacerbate flaws in the recording as many solid state components can do. This is not a result of any filtering action or artificial tone control or scratch filter. In fact, low level resolution can be alarming at times. When you hear a triangle ring longer and do a slooooow fade into silence just one time, you’ll know that you are not losing data. The GCC amps match tubes in this regard. Listen to a saxophone, which many other otherwise good amplifiers turn into a blatty rambunctiousness of sound. The GCC series lets you hear the aggressive edge of this complex horn, but you never lose the core sound of the instrument. Many other amplifiers turn a sax into a tonal shout, but not the GCC. Very nice!

One of my favorite tests of quality in the high frequencies is the sound of cymbals. Many other electronic products suggest that there is only one cymbal present in the recording, but on the GCCs each cymbal has a metallic distinctiveness that is unique. Speaking of cymbals, it was easy to hear the stick hitting the cymbal. These amplifiers really sort out the individual elements of a musical performance to a degree that usually is found only in very expensive amplifiers.

The sound stage is believable. Lateral imaging is very good. Front-to-back layering and image placement are excellent, although ultimate depth is not as good as some more expensive or tube amplifiers. For studio recordings, this will be entirely irrelevant. The separation of individual players, even on a densely populated stage, is outstanding.

The Underwood HiFi Level 3 modification replaces many parts including capacitors, resistors, connectors and wire. Parts are also replaced in the ICEpower modules. My sample had the optional WBT RCA jacks on one of the inputs. These jacks replace the PC mounted jacks and add special wire from the jacks to the circuit board. Changing my phono stage connections from one of the stock PC mount jacks to the WBTs made an instantly identifiable improvement in the apparent reduction of grain. If you get the Level 3 mod, go for the WBTs for your high quality sources.

The modifications – they could easily be called upgrades – improve almost every aspect of the sound. The bass has a small increase in resolution, making it easier to hear the strings of bass instruments vibrating. Male vocals have an added richness that gives more weight and drama. Female voices have greater clarity and emotion, with added richness in the upper midrange. It seems to be in this range that the ICEpower amps show their distinct character the most, and the Underwood HiFi mods lessen the difference between this technology and the sound of more conventional amplifiers. Some audiophiles might want a bit more meat from about middle-C to one octave above, but this is certainly a matter of taste and system matching, not absolute quality. Otherwise, the overall neutrality of the modified amplifier is outstanding. I found that the Audio Research VS-110 tube power amplifier also had a distinctive character in this same region, a character that disqualified the ARC from long-term residence. 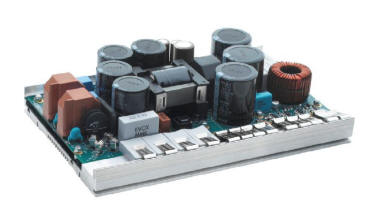 The sense of background noise, the low level haze that turns black backgrounds grey and leads to listener fatigue is significantly reduced. This allows an even greater amount of low level detail which greatly helps the understanding of the emotions behind Sting’s smoky confessions and even Eminem’s angry rap.

The presentation of complex music is improved with the modifications. There is seemingly perfect clarity during crescendos, and orchestras always keep their identity as being composed of many individual players. Complex music is really a strength of these amplifiers. Maybe due to this trait, I was comfortable listening for long periods. Interestingly, I listened to CD more when the Underwood HiFi GCC was connected than I normally do. There must have been some synergy with the sound of CD. The CD source is a Tascam Pro CDRW900 connected with PS Audio Digital Reference to a Benchmark DAC1. The new CDRW900 is no better on its own than the previous CDRW750, but it allows you to use your favorite power cord which can improve the sound.

For the GCC, different power cords had a small effect on the sound. I normally use some DIY cords that are very quiet and tend to be just slightly soft in the treble, although with outstanding low level detail. I preferred the GCC amps when used with PS Audio xStream Statement power cords, which are relatively more forward sounding than my DIY cords are. For both the stock or modified amplifiers, turning off the numeric display removed a small hint of coarseness in the lower treble. Turning off the cool looking blue lighted bar made almost no detectible change in the sound.

In many individual ways, and also on an overall basis, the Underwood HiFi modified amplifiers offer some of the best sound available today. However, it would be difficult to appreciate this on an A/B comparison. Live with this amplifier for a week or more and you will hear many of the traits of the better amplifiers: clarity, world-class bass, smooth but detailed treble, excellent sound staging, and often startling low-level resolution. Plus a large serving of PRAT. Ala mode.

There were many times during the months that I listened to these amps (both stock and modified) that I was an EC, an eye-closer. This happened more frequently with the Underwood HiFi modified GCC-250 than it did with the stock GCC-500. For the great majority of listening time, either amplifier appealed more to the toe-tapper (TT) in me than it did to the EC. And the TT was very happy with the improvements offered by the Underwood HiFi version.