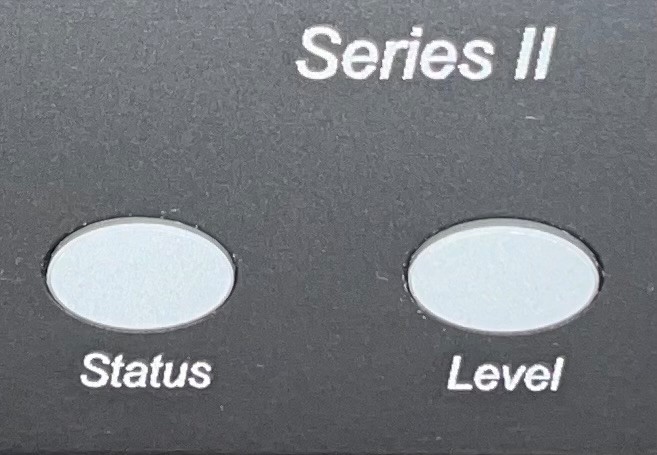 First review!     The adoption of digital sound, as recorded on CDs, DVDs, downloads in various formats, and other media has been underway since about 1983. In the intervening 50 years, the sound quality of these recordings has improved significantly, along with a huge increase in the quality of digital playback gear. Even so, many listeners stay with analog long-playing records for the ultimate in music quality and listening enjoyment. That reluctance to change is about to change.

The very new – just announced today, January 3, 2023 – Bricasti Design M1 Series II DAC is a benchmark product at its retail price of $12,000. The “series 1” M1 has been in production for a number of years and includes the Classic and Special Editions with upgrades to each. The older M1 has won awards from many sources. For the new Series II, Bricasti needed more room than the older M1 chassis could accommodate, and the new casework looks like the M12, at least from the front panel.

I received serial number 001 in early December and let it cook with music playing for 500 hours. There were obvious improvements in sonic quality during the first 50 hours, and it just kept getting better with further small refinement across the audible frequency spectrum as the hours accumulated. To give you a hint of what’s to come in this review, when I was writing listening notes during the audition, I repeatedly glanced up to see if the record was nearing the end of the side. But a vinyl record was not playing: the new Bricasti DAC was making beautiful music!

Other components on hand during the audition and review include an Acoustic Signature Montana Neo turntable with Acoustic Signature TA-7000 Neo and Origin Live Agile tonearms. Record clamps include an Acoustic Signature Grip, a Stillpoints Ultra-LPI mk2, and an Origin Live Gravity One. The best sound is obtained with the Grip clamp sitting atop the Gravity clamp. Also present are a ZYX UNIverse Optimum, Miyajima Destiny, Koetsu RSP, and Tzar DST moving coil phono cartridges; CH Precision P1-X1, BMC MCCI Signature ULN, and Aurorasound VIDA Supreme phono preamplifiers; Soulution 325 with phono and Benchmark HPA4 preamplifiers. Digital is handled by a custom Windows 10 computer running JRiver Media Center with a USB-connected Audio-gd R7 Mk2 and Marantz SA-10 DACs, and RME ADI-2 Pro fs r Black Edition AD/DAC with external power supply; Valvet E2 SE and Benchmark AHB2 power amplifiers; Alta Audio Celesta FRM-2M and Magico S1 MkII speakers. The Magicos are lightly augmented in the low bass with a pair of JL Audio e110 subwoofers. The audio cabling is Audioquest WEL Signature and Mogami interconnects and speaker cables. USB cables are StraightWire USB-F. Power cords include my DIY power cord, and Straight Wire Pro Thunder. Power protection and purification are provided by a PS Audio Dectet for the preamplifiers and source components, and a PS Audio Quintet for the power amplifiers. The Quintet includes a standard 1/8″ trigger connection enabling remote turn-on and -off of power amplifiers that lack a 12V remote trigger, which is a feature that every modern component should include. 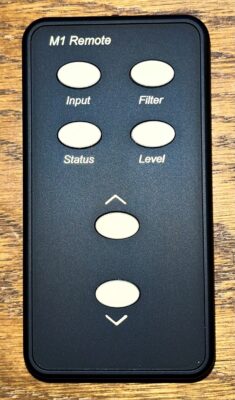 One way to reliably compare the sound of an analog LP and a digital recording is to make a high-resolution digital recording of that LP, and then play both the LP and the digital recording, switching between them with the preamplifier’s remote control. So that’s what I did. Here are the details. The recordings were make using a ZYX UNIverse Optimum 1 Ohm 0.15mV moving coil cartridge, mounted on an Acoustic Signature TA-7000 NEO tonearm or Origin Live Agile tonearm, which are installed on an Acoustic Signature Montana Neo turntable. The music signal is passed to the CH Precision phono stage with X1 power supply via Origin Live Silver Hybrid 2-S DIN-XLR cables. Analog to digital conversion is handled by the RME AD/DA converter powered by an external After Dark high current power supply. The recording software is Audacity, and the files are recorded and saved as 32-bit 384 kHz WAV. This is important because higher frequencies need higher resolution recordings to be accurate. The resulting computer file for each album side requires about 2-3 GB of disk space. Playback is via JRiver Media Center with no upsampling of these files.

Using JRiver Media Center’s upsampling features, the M1S2 accepts 4x DSD in Native format and also DoP format. The Native format option produced a richer midrange, with more clearly defined lower and upper bass. The soundstage seems larger with better localization of performers. Better still is the common, non-DSD format, especially when playing Redbook 16-bit 44.1 kHz source material. These CD-quality recordings (rips) are upsampled 2 times to 32-bit and 4 times to 176.4 kHz. I recommend whole number upsampling; never 44.1 to 192 kHz which is 4.353741497 times. That’s a lot of math for every second of playback, and we see this using more computer CPU time to process.  The Bricasti specs note a 24-bit input limit, so that’s a discrepancy to be resolved because the M1S2’s actual input bit depth was not able to be monitored.

The M1S2 delivers very satisfying tone and continuity. This is noticeable on the Allman Brothers Band LP Eat a Peach. Play a high-resolution recording of “Little Martha” and you will hear a good example of how a good digital recording can provide a very similar listening experience to vinyl. The harmonic density and excellent clarity demonstrate convincingly that digital sound has come of age. Clarity in this case means a presentation so refined and correct that individual instruments and voices remain separate, distinct, and continuous. The Bricasti DAC is swimming in specificity and stunningly complete tone with deep harmonics. This is a result of outstanding tonal balance and linearity, with no highlighting of any frequency range that might affect delicate harmonic content.

I thought about creating a table showing the positive attributes of each media so it would be simple to see how and exactly where the LP sounds better than the digital file, or how digital sounds better than analog in this context. After a couple of hours working on this idea, the table was almost entirely empty. The bass was just a bit more powerful from the recording, while soundstage depth was just a bit better defined from the LP record. But in the midrange, where voices and most music lives and breathes, there was little difference noticed even after many A-B switchovers to the other format. The high-resolution files also evidenced very minor differences in the upper frequencies – favoring neither the LP nor WAV file – smaller than you might hear when changing cables or phono cartridges. More like changing MC cartridge loading by 10-20%.

Part of the LP recording process is to manually repair each over and click in a recording, a process that requires a lot of mouse clicks and time. After this repair, the digital recording was often preferred due to the elimination of these recording artifacts which add a high-frequency distortion component to the sound. The playback via the Bricasti M1 Series II is so true to the sound of the original LP that they both provide a commensurate level of musical enjoyment and immersion in the performance.

Digital recordings can be completely satisfying when played back through the wonderful Bricasti M1 Series II. In an earlier review of a different DAC, I wrote, “The main challenge for this DAC is really a challenge for you: the (DAC) is so musical and resolving that it needs high quality recordings to sound like a high-quality DAC.” This is doubly true for the M1S2 because it has higher resolution and will let you hear the poorer quality of some recordings. The Bricasti DAC is not analytical or overly “transparent”, but it does have the linearity and resolution to let you hear everything on a recording.

This is the best digital to ever bear witness in my listening room. My recurring thought when comparing digital to analog was to first record all my albums and then what to do with the proceeds from eliminating my analog components and going “pure digital”. The bottom line here is to suggest that you do not commit to any DAC at this price or higher until you spend some time with the Bricasti M1 Series II. There is a very good chance that your search will be over. A long and successful production run of this new model is expected.

This review would not have been possible without the kind support of Damon Gramont at Bricasti Design. Thank you, Damon!